Graphics on this site are © and are not for public use! 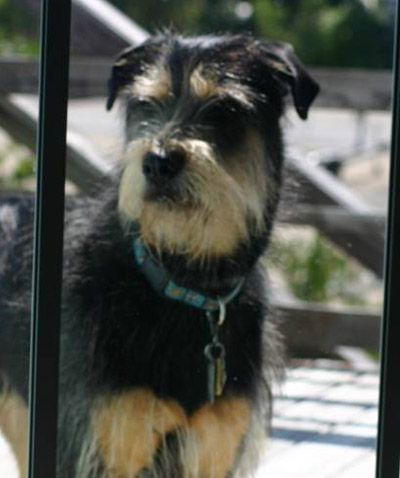 Stormy was born after a hurricane had come through Miami. His mother was
lost in the streets of Miami and the father, we are not sure, but we think
he was a "traveling salesman".

At first, all the pups in the litter looked purebred Rottweilers.
All the pups found a good home, but Stormy's we think was the best!

Enjoy his pictures and his story

Here’s what his rescuer/foster Mom wrote:

On October 26, 2005 while driving through a fairly bad area of Coconut Grove (suburb of Miami) I spotted a puppy near the road when I stopped, I saw the mother Rottweiler chained to a tree with 4 puppies (the puppies were about 4 weeks old) in what seemed to be an abandoned home. The mom dog had a chain imbedded around her neck. There was an open wound around the neck covered in blood and she was nearly starved. Mom and pups were living around their own feces. They all were infested with ticks, fleas and all tested positive for worms (thank god no heartworm). I took all the dogs to live in my home with my two kids, two older dogs, and our cat. I notified the Guardian Angel Rottweiler Rescue who helped me find great homes for everyone I have calculated that the puppies must have been 5 to 7 days old when Wilma blew through Coconut Grove at 80 MPH winds. It poured rain everywhere. Mom and pups must have been tied to tree. It must have been terrifying for Mom and puppies to have lived through that. We were in the house and my kids were terrified. I can't imagine being outside. People are so cruel - so scary.

Yesterday, December 26, 2005 was another GREAT DAY FOR RESCUE. Shortly after hurricane Wilma, the Rangel family found a female Rottie and her 4 new born puppies, in deplorable conditions and they could not leave them behind. They took the 5 of them home, cleaned the Mom and babies, helped her with these 4 puppies and called us at Gulfstream Guardian Angels Rottweiler Rescue. We told them, we have to wait until the puppies are 8 weeks old to separate them and they agreed to keep them and care for this new family. Carole DeHart, a friend of Grace Acosta's for years, flew from NJ to Miami on December 25, rented a car, drove to the Rangel family home, got her puppy and got back to the Hotel near Miami International Airport. Stormy slept all night on Carole's bed and yesterday morning Grace and I went to pick them up. First we had breakfast at I HOP. Then Carole was concerned that Stormy was going to be very uncomfortable in his small carry on and we went to Petsmart to buy an Airline crate. Stormy was the sensation at Petsmart, walking in like a PRO. When we all went to Michael's with Stormy, again walking like he was always SHOPPING. Then, with only a little time to spare we went to American Airlines Cargo, to send Stormy, but couldn't, because he did not have his Health Certificate with him. They were very uncooperative and we were upset, since the website stated no health certificate was needed. Then, hurry up to the Airport with Plan B. That was putting Stormy in the carryon and pray for him not to make too much of a fuss. WELL, AGAIN, HE ACTED LIKE A PRO. After passing thru Security and waiting for boarding, everyone waiting came to pet him, he was the SENSATION. As they boarded the plane, the flight attendant came and told Carole, “OH  MY GOD, HE IS SO CUTE:. He went to sleep and did not wake up until they landed in Philadelphia. WHAT A TROOPER AND WHAT A BEAUTY

STORMY AND HIS SIBLINGS

The story was put on the Internet hoping to find good homes for all of them.

CAROLE AND BILL DEHART responded and wanted to adopt one of the pups. But, Carole and Jim lived
far up north.  That did not prevent them from adopting a little boy who they later called
STORMY
Carole flew into Miami. Stormy's great life began by taking a shopping trip!

and in his new traveling bag he went NORTH!

when I got to my new home, I met PaLee.  She was told to look after me.

I LOVED MY NEW FRIEND!

I was invited to the Capitol!  What a trip!  From being a homeless pup to Washington, DC 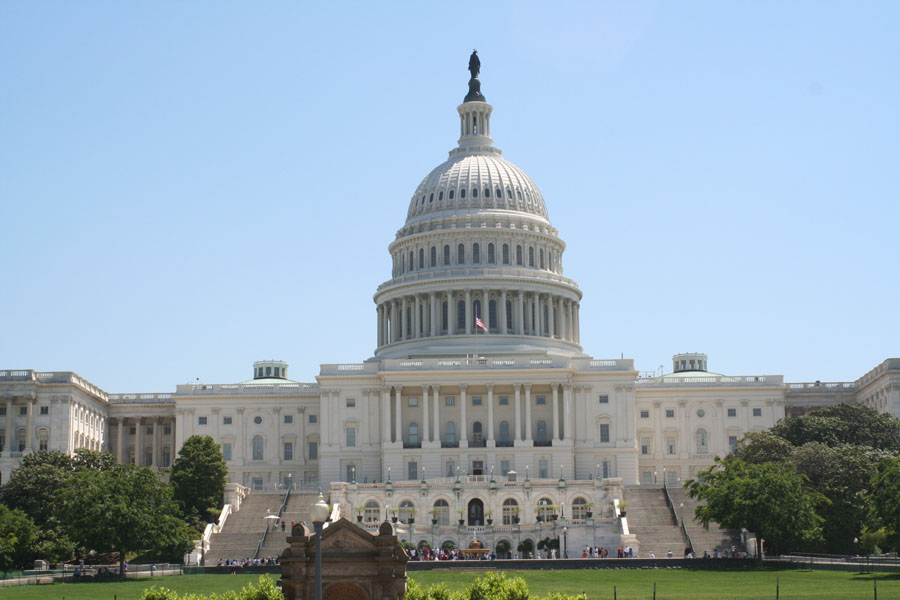 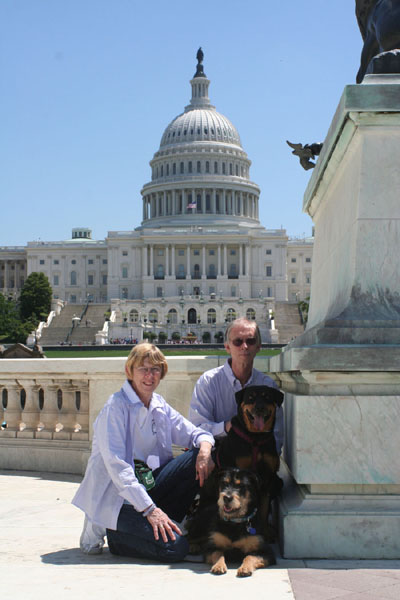 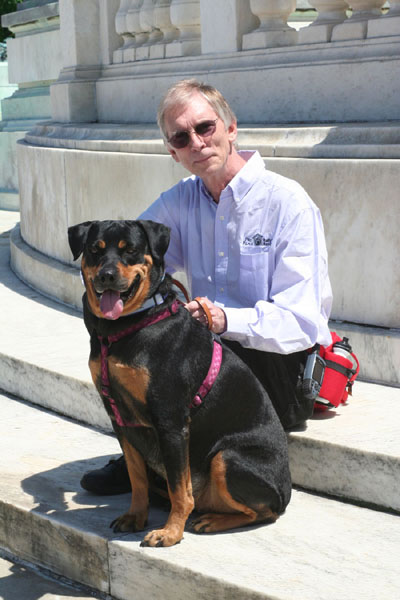 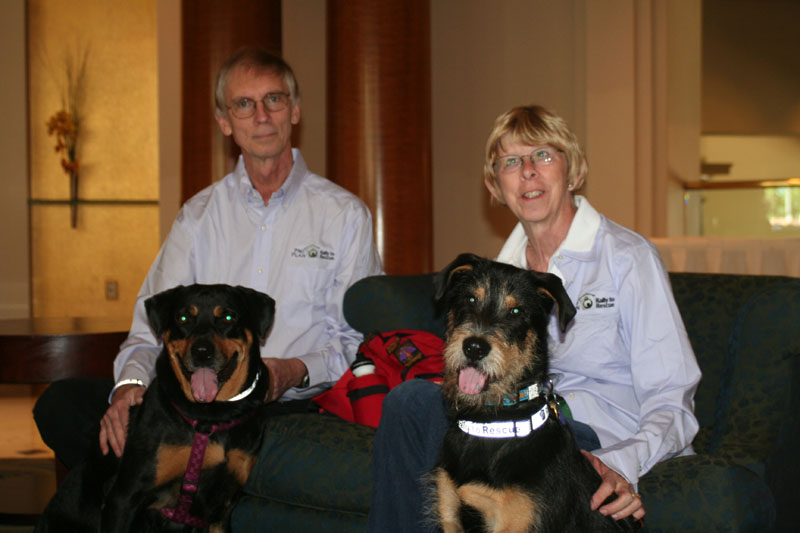 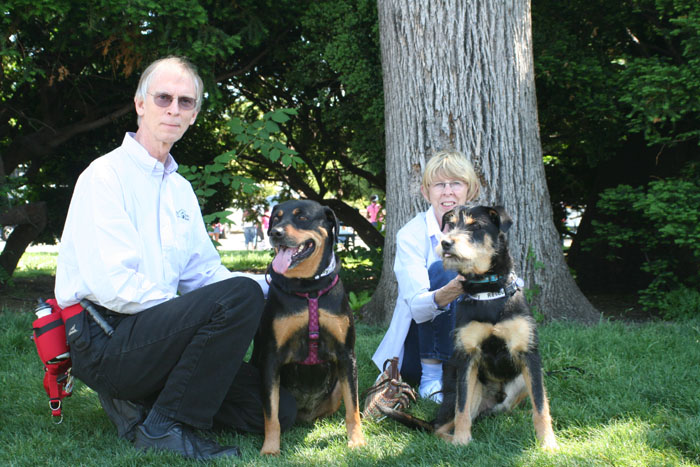 We stayed in a beautiful hotel and loved being photographed.  I think I was the center of attention. 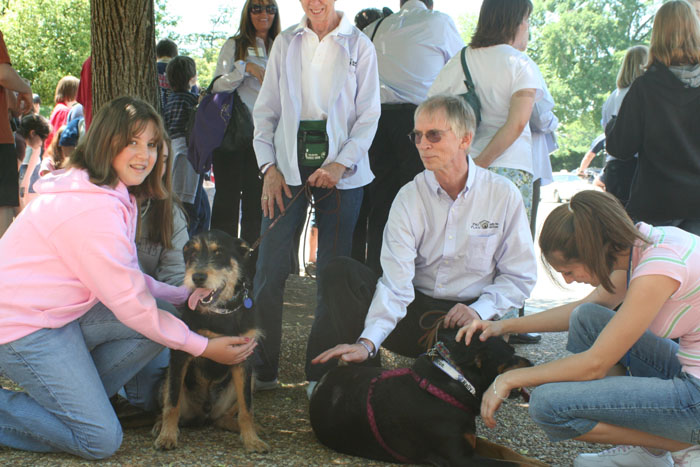 We moved to FLORIDA!!!  YEAH!  Finally, back home.

On December 6, 2008 I was again the center of attention.  I was the ONE to receive an award!
Gulfstream Guardian Angels Rottweiler Rescue
presented a beautiful medallion to me! 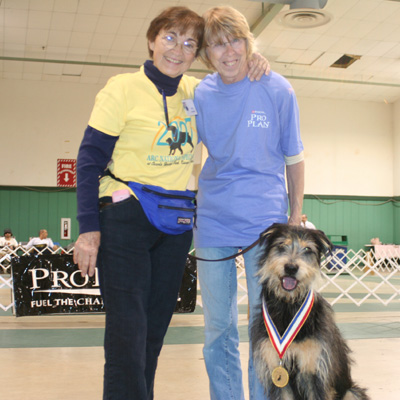 I promise to keep updating my life story.  Come back to visit me.

and please, help those in need.

IF YOU DON'T RESCUE
DON'T BREED!